Buddy (formerly Larry) was a 2-year-old Shih Tzu and poodle mixed breed dog who was somewhat of a mystery when he came to us.  We knew his person had passed away, and he had undergone lots of changes in a short amount of time.  He was wary of strangers but warmed up fairly quickly if treats were involved.  Most of all, he desperately wanted love.  He was willing to work hard to earn it, and considered it the most important thing in the world.

Just one look at Buddy, with his thick, curly white/tan coat and adorable underbite, would melt most hearts, but he had his eccentricities.  Sometimes he would rapidly approach people, then show signs of being nervous.  While in foster care, despite the best training efforts of his experienced caregiver, Buddy would have accidents in the house.  All the same, he gazed happily into the eyes of those who he knew and trusted, and took every opportunity he could to cuddle and snuggle as long as possible.

Over time, Buddy’s confidence grew a little bit.  He attended a couple of Dakin meetings and solicited staff members for attention.  He carried his beloved toys in his mouth, squeaked them, and then expertly flipped them into the air to land on counters or tabletops.

We knew he’d be well-suited for a quiet home with people who could give him the affection he craved all day long, understand his quirks, and not overwhelm him.  We were overjoyed when just after the new year started, he was adopted by a retired couple, Gene and Elizabeth, who love to snuggle him.  “We changed his name from Larry to Buddy because he’s going to be my walking buddy,” stated Gene. 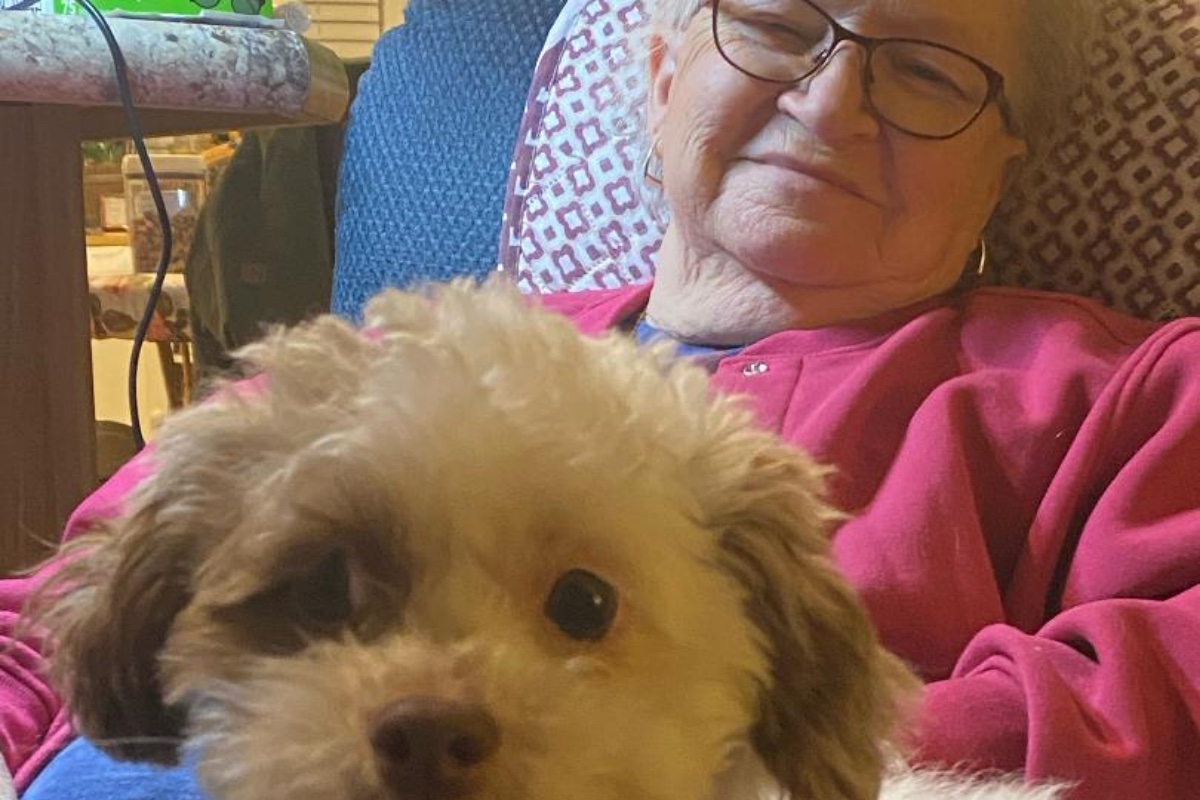 Buddy is basking in the love of a new family and having found security and a sense of belonging once again.  Before he went home, he was told by his foster person that he had very important work to do…keep his new family company, and keep their laps warm.  We think he’s up to the task.