What is Fever Coat? 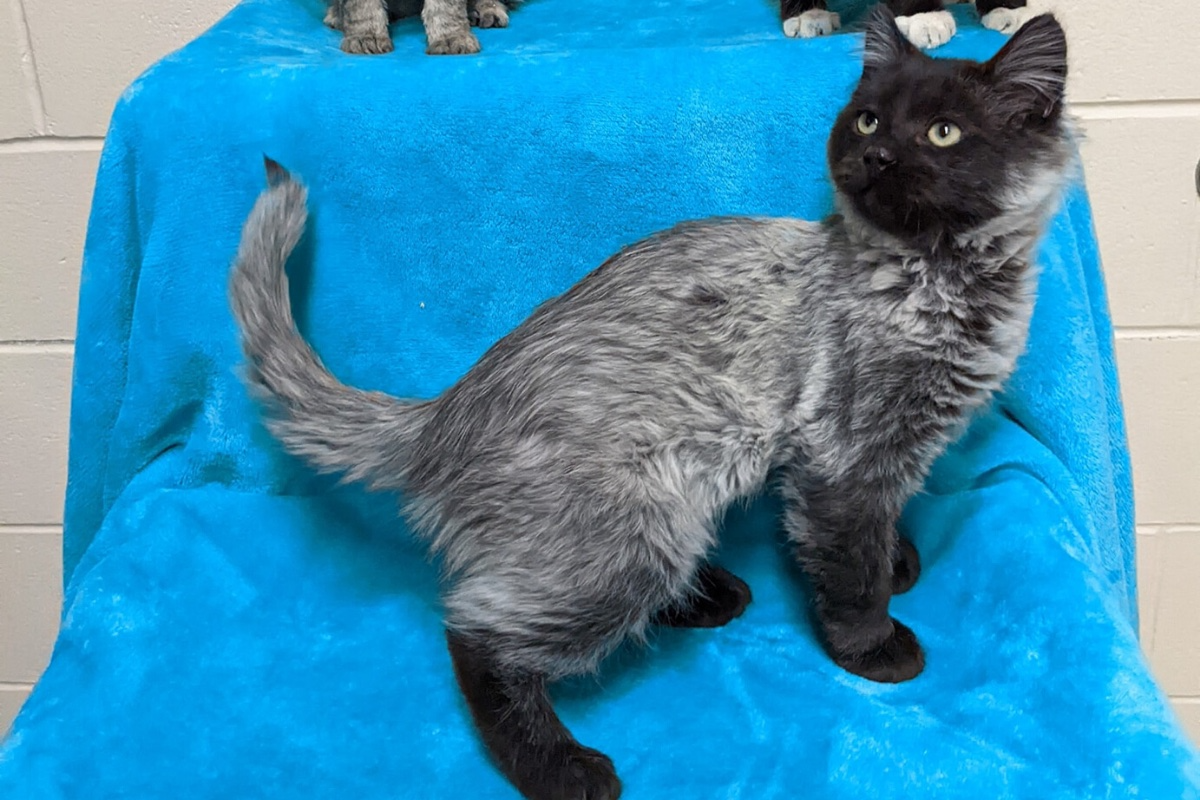 In April, we shared a photo on social media of a group of kittens who had been receiving medical care at Dakin. Very quickly, the post soared in popularity and we received dozens of inquiries about a particular kitten with a very distinctive coat pattern.

That kitten’s name is Verdell and while he has many special qualities, the salt & pepper pigment to his coat was a temporary anomaly.

Verdell displayed what’s known as fever coat (or stress coat). This fairly uncommon phenomenon occurs when an adult cat experiences an illness or severe stress that causes a spike in body temperature during pregnancy.

During feline gestation, the developing fetus goes through many changes as they grow. Prior to birth, the pigmentation of a kitten’s coat is very sensitive to heat. If a mom cat experiences a fever due to illness or prolonged stress, it has the potential to affect the developing pigment of her kittens’ fur.

Fever coat typically presents as silver, grey, or cream-colored coats, most prominent at the tips of the fur, darkening toward the root.

Fever coat creates a visually striking coat but has no negative implications for the kitten’s overall health going forward. Even though their coat pigment did not fully develop in the womb, their coat color is still written in their DNA and will present a little later in the kitten’s life. Fever coat typically resolves around four months of age but can take up to a year in some cases.

Check out the progression of Verdell’s coat changes in these photos provided by his adopter:

While fever coat has a scientific explanation, we still think Verdell is pretty magical.