Town of Amherst Bans the Use of Wild Animals for Entertainment

The purpose of the bylaw is to protect the public from known hazards surrounding wild and exotic animals used in traveling shows and circuses while also protecting the animals from cruel and inhumane treatment.

Wild and exotic animal bylaws currently exist in 155 municipalities across 37 states in the US. In Massachusetts, Braintree, Cambridge, Mendon, Pittsfield, Plymouth, Provincetown, Quincy, Revere, Somerville, Topsfield, Weymouth, and Wilmington are part of a growing list of municipalities with similar bylaws.

The passing of the bylaw prohibits the use of wild and exotic animals in any traveling circus, show, or exhibit on any public or private land in the Town of Amherst.

Stronger pushes for the ban of wild and exotic animals used in entertainment came about after the 2019 death of Beulah, a 54-year-old Asian elephant who had been traveling with R.W. Commerford & Sons of Connecticut for nearly 20 years. Beulah suffered a uterine infection that led to septicemia (blood poisoning) while performing elephant rides for humans at West Springfield’s Eastern States Exhibition (The Big E). Karen, an African elephant also owned by Commerford died six months earlier of kidney disease. 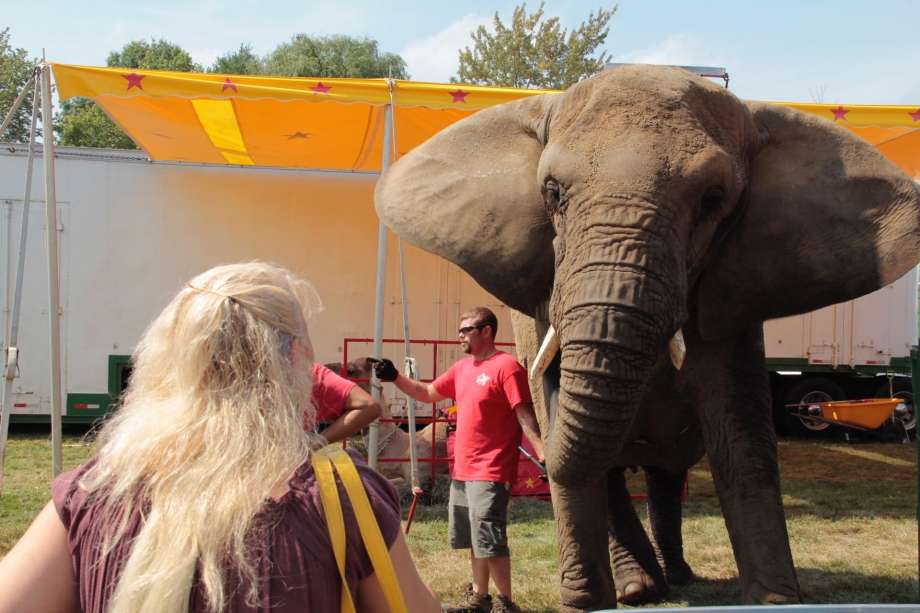 After Beula’s death, an investigation conducted by the USDA concluded that both Beulah and Karen were “under veterinary care” at the time of their deaths and that, “appropriate veterinary care and intervention was administered” to both elephants.

On May 19, Dakin Humane Society’s Executive Director, Carmine DiCenso wrote a letter to Amherst’s Town Council to announce Dakin’s support of the proposed bylaw. While Dakin's day-to-day work focuses primarily on domesticated companion animals, we are also involved and support efforts that aim to improve the quality of life of any animal. The letter stated, in part, “The use of wild animals in circuses and traveling shows involves abusive training inflicted on the animals, near-constant confinement and chaining endured by the animals while not performing, and the risks posed to public health and safety.”

The safe and humane treatment of animals starts with you. If you share our concern for the welfare of wild and exotic animals used in traveling shows, circuses, and other entertainment, please reach out to your city or town council members and Mayor to voice your concerns.