The Race to Save Shiloh

It was a Sunday morning and the medical team at Dakin had a very sick kitty on their hands.  Shiloh, a striking 2 ½ year old longhaired cat, had been brought in by her person, who had run out of options to seek treatment for her beloved companion.  Shiloh hadn’t eaten for several days and she probably had pyometra (an infected uterus), which was soon confirmed.

Shiloh was given pain medication, and the plan was to remove the uterus via spay surgery two days later, because of staff scheduling.  However, an x-ray showed that Shiloh required immediate help. 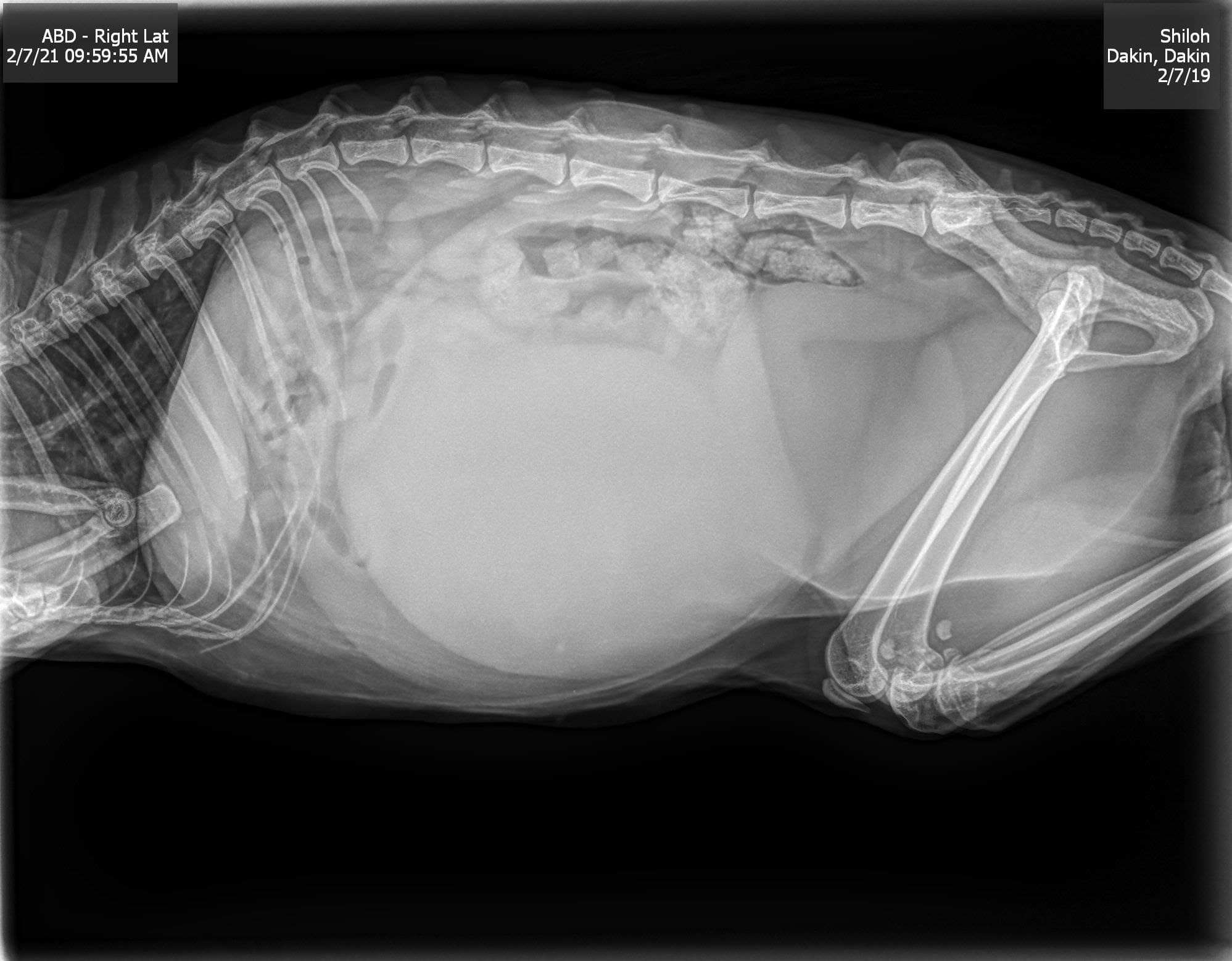 The x-ray that showed how swollen her uterus had become

Veterinary Technician Meg Delaney sent the image to Dr. Carroll, Dakin’s medical director, who was shopping with her son.  “The x-ray showed that the uterus was just about ready to rupture,” recalled Dr. Carroll.  “I knew the surgery had to be that day if we were going to have a chance to save her.”

A snowstorm was underway, which ruled out finding a babysitter, so Dr. Carroll and her son began their hour-plus ride to Springfield to treat Shiloh.  The staff was ready when Dr. Carroll arrived, and they sprang into action.  The surgery took about an hour, and although complicated at times, it went smoothly and Shiloh pulled through.  Because of the infection, her uterus had ballooned and was about 20% of her original body weight. 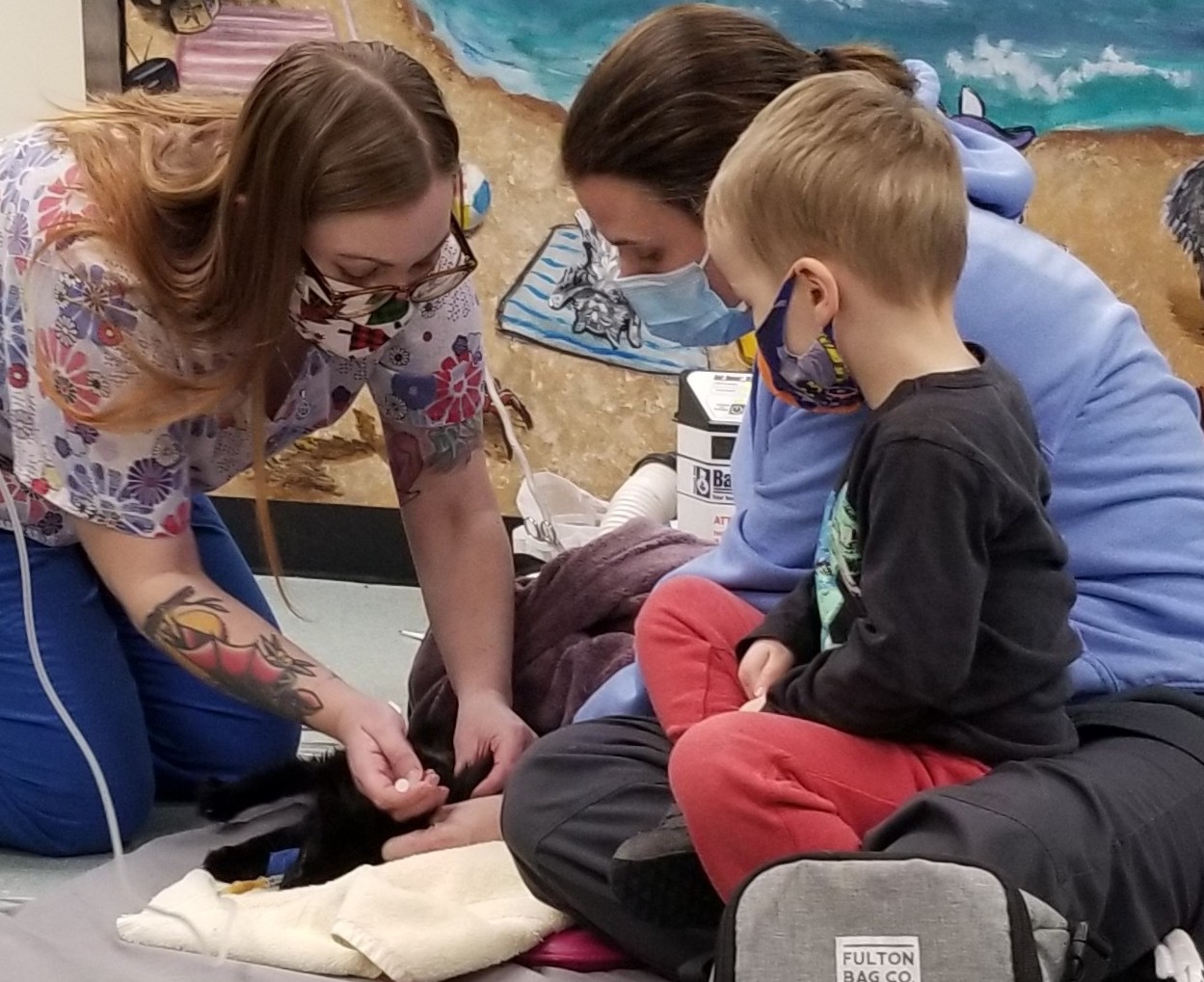 Dr. Carroll’s son rejoined his mom to check on the patient, post-surgery.  “He helped 'recover’ the kitty,” she explained.

Shiloh was kept at Dakin afterward so she could receive extra treatments to build her strength.  Days later she was able to go back home and be reunited with her family, while our team kept tabs on her recovery.  Keeping people and pets together...it’s what we do.

If you have a dog, cat or rabbit who has not been spayed or neutered, you can book an appointment at Dakin’s Community Spay/Neuter Clinic here (https://www.dakinhumane.org/veterinary-services.html)