My Six-Day Spayathon in Puerto Rico 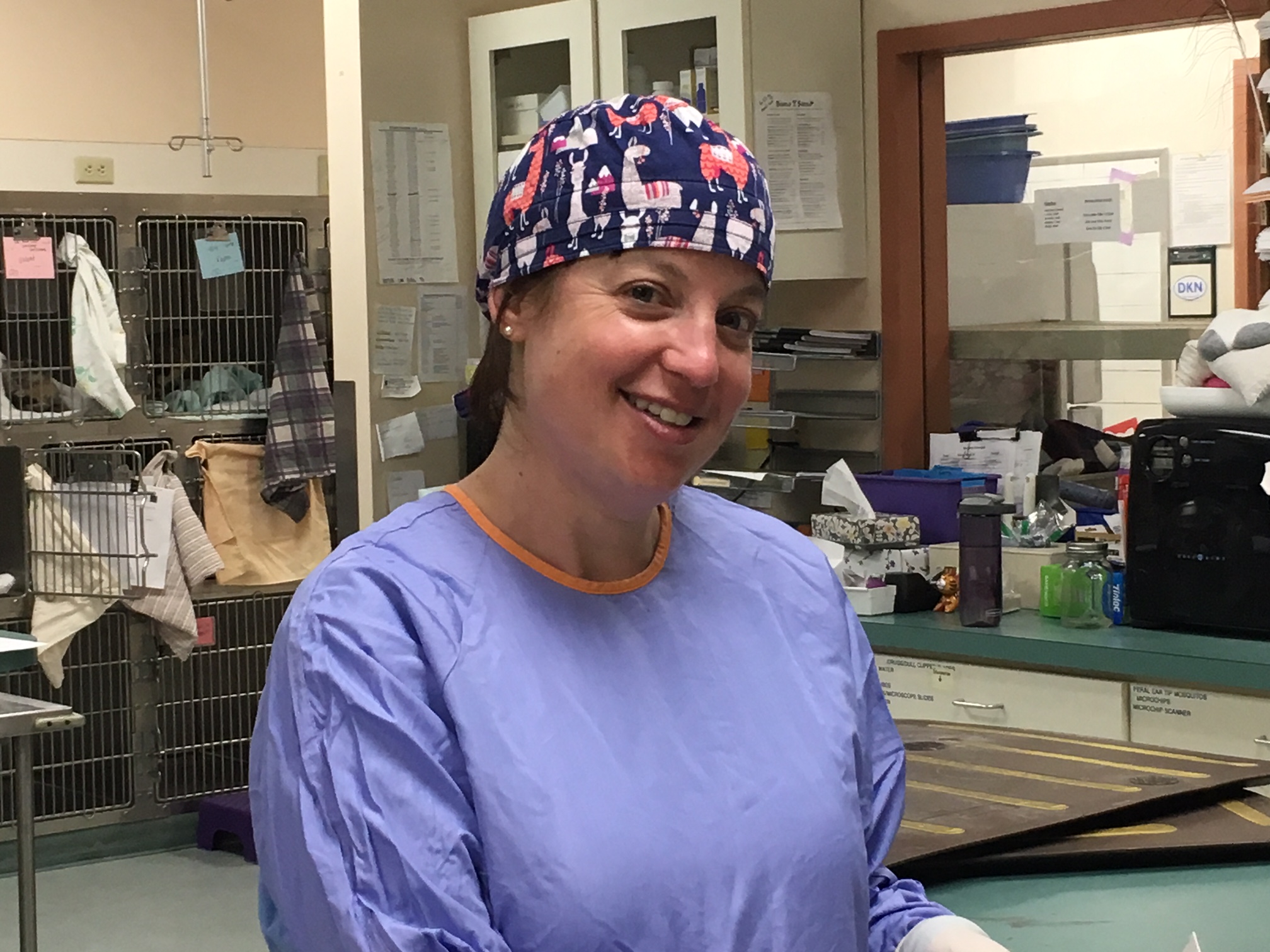 Earlier this month, I was privileged to join with ViDAS (Veterinarios Internacionales Dedicados a Animales Sanos) for a six day spay/neuter clinic in Arecibo, Puerto Rico. ViDAS is one of the 26 animal welfare groups working in conjunction with the Humane Society of the United States to provide a massive, island-wide spayathon. Over a 12 month period, these organizations aim to provide high quality, high volume spay/neuter to over 20,000 cats and dogs in Puerto Rico with the goal of decreasing the number of street animals and improving animal welfare.

Animal Overpopulation on the Island

Unfortunately a high number of animals are euthanized in Puerto Rico’s animal shelters. The overpopulation of dogs and cats in Puerto Rico became even worse after Hurricane Maria as many owners were forced to leave their pets behind when they left the island. More animals living on the streets have become a public health concern, as cases of leptospirosis have dramatically increased.

While our clinic was located in Arecibo, seven other clinics were occurring simultaneously throughout Puerto Rico, including Aguada, Aguas Buenas, Carolina, Culebra, Fajardo, San German and Vieques. Animals were provided with not only surgery and vaccinations, but also thousands of pounds of donated food and pet supplies. Most of our patients were owned pets, others were homeless.

Getting the Clinic Up and Running 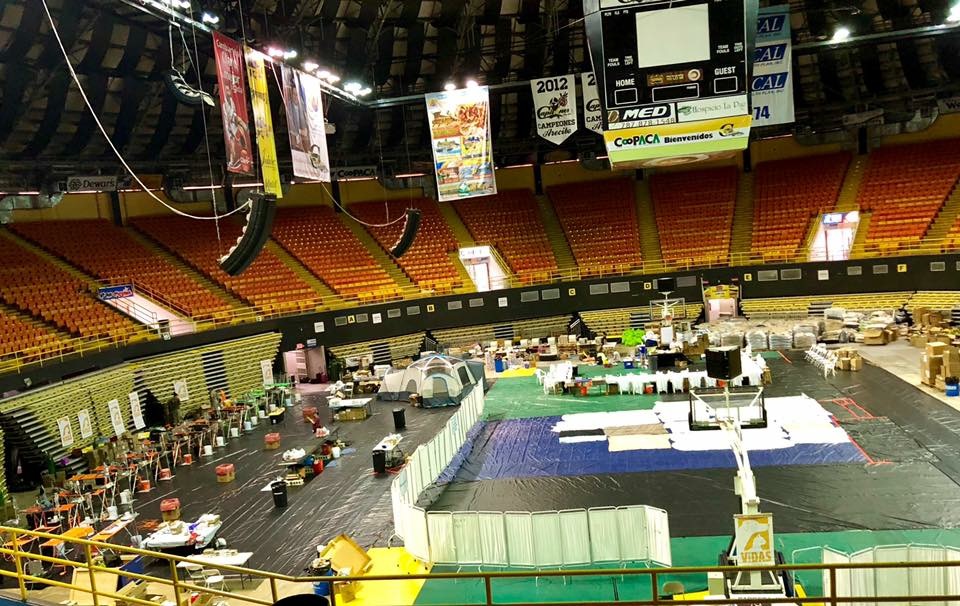 On our first full day in Arecibo, we set up our MASH-style surgery clinic in the city’s large sports arena. We needed not only 20 surgery tables and 20 anesthesia machines, but areas for registration, anesthetic induction, and recovery.

My team of nearly 50 people included fellow veterinarians from Oregon, Arkansas, Michigan and Florida.  Many of these veterinarians work in traditional veterinary hospitals where they provide a broad spectrum of veterinary care.  In comparison, I focus exclusively on performing spay/neuter surgery at Dakin, so it was interesting to chat about our careers back home.  Other teammates included technicians and volunteers (most of them were veterinary and college students who learned to scrub animals for surgery). Each day we started before 8am and continued into the early evening.

During our first day of surgery, we were honored by a visit from the First Lady of Puerto Rico. I didn’t personally see her walking around, but she left cookies and a pin for each person.

The process was pretty streamlined. People registered their animals, who were then prepared for – and underwent – surgery. They recovered with their people by their side until they were well enough to walk, then they were discharged.

Each surgery day brought long lines of owners and their pets. Some owners slept outside the clinic or arrived in the very early morning hours to ensure that they received one of the 500 wristbands handed out for that day's surgeries (we unfortunately had to turn away patients each day).

While I was busy performing surgeries and didn't talk to a lot of people waiting in lines, we all heard about one man who showed up at 2am to make sure he got a wristband. He wanted his cat to have surgery because, as he told the crew, “my cat is my heart.” I saw some people carrying their dogs to the clinic as I drove in for the morning, and heard about one gentleman who biked in with his dog (inside a carrier) in the bike's basket, then spent the night waiting in line.

A few rescue groups or members of the public brought in puppies.  Once they were shown around to the staff (both vets and volunteers), many of the puppies were adopted and brought back to the States with them. 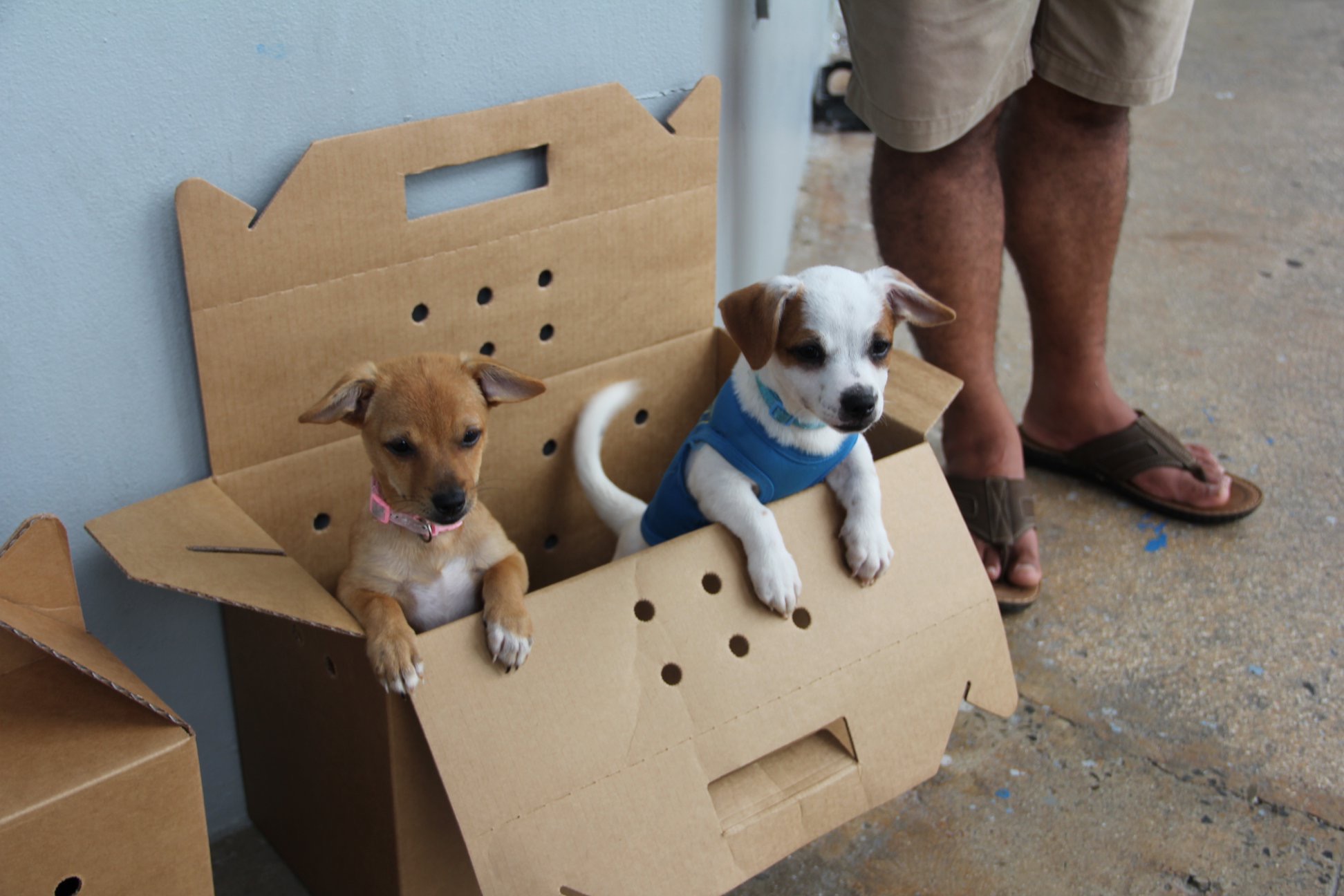 Each day was bustling, and the daily totals of cats and dogs that had surgery were tallied up on a posted sign.  At the end of the sixth and final day, we had spayed or neutered 2,171 dogs and 923 cats for a total of 3,094 animals treated by our team! 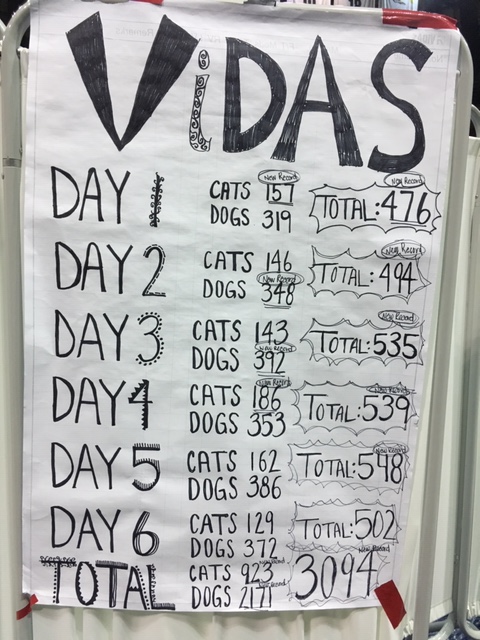 While there were many elements of this experience that were rewarding for me, it was especially gratifying because so many residents of Springfield and the surrounding communities have a connection with the community of Puerto Rico. I'm proud that I was able to be part of such an important mission to help the animals – and the people who care about them – in Puerto Rico.