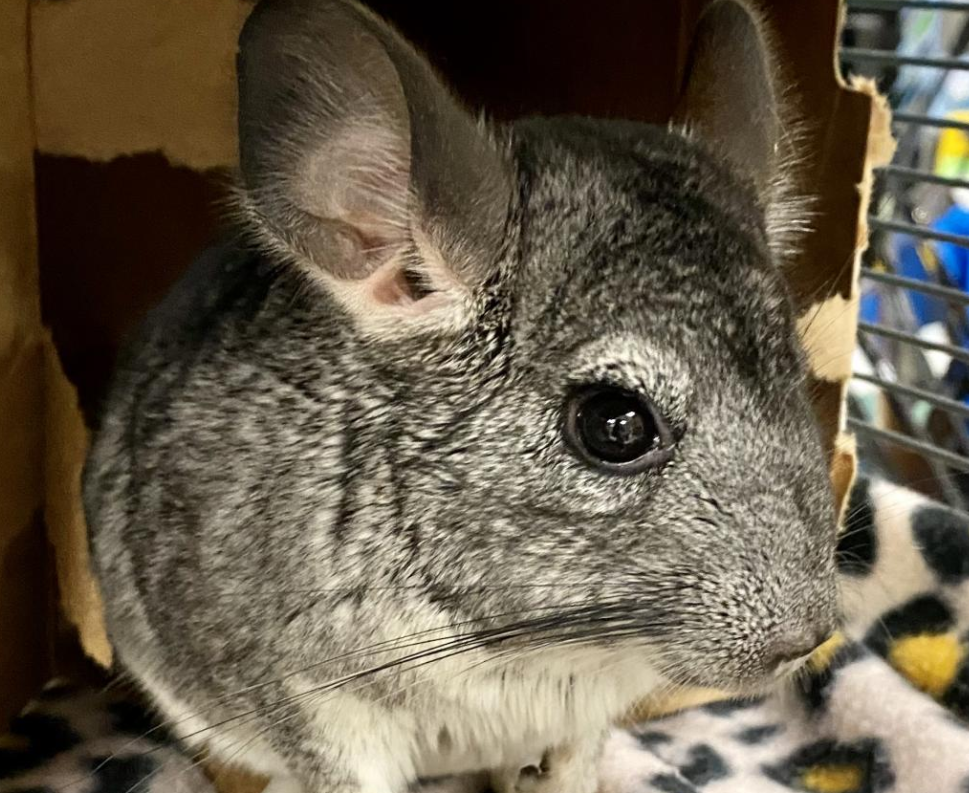 Big, dark eyes.  Enormous ears.  Fur so plush your hand can’t stop petting it.  Chinchillas are beautiful, mysterious creatures, and while they may not be perfect for every household…they may be for yours.

Chinchillas are sociable.  They’re used to living in colonies (or herds), and it may be a good idea to adopt two at the same time, as they will enjoy each other’s company a great deal.  While they’re not big on cuddling humans, they can be affectionate.  They’re curious and thrive on some “out of the cage time” each day, supervised by their person, of course.

Be ready to be amazed at how speedy they are.  Not only do they run fast, they can leap up to six feet into the air, which helps them evade predators in the wild.

Chinchillas originated from the Andes Mountains of South America, are related to guinea pigs and porcupines, and they use their short front legs to hold food as they sit upright (and yes, it’s adorable).  Their fur is incredibly lush and thick; just one of their hair follicles holds 80-100 hairs, while humans have 1-2.  Because of the density of their fur, they can’t get it wet, or it will never properly dry, so they take dust baths instead.  And that’s about the cutest sight you’ll ever see.

Due to their dense coats, and their inability to pant or sweat, a chinchilla’s cooling mechanism is to pump blood through its large ears, which have less hair.  The ideal temperature for them is between 59- and 77-degrees Fahrenheit.

The Chinchilla diet isn’t very fussy.  They’re herbivores and need a high-fiber diet based on timothy hay and pellet food.  Their teeth continually grow, so they need the right toys to gnaw on, and they’re crepuscular (nocturnal), which means they’re more active at night or at dusk and dawn.  Put your chinchilla’s cage somewhere other than your bedroom so you can get a good night’s sleep.

What’s most unusual about this pet is their lifespan, which averages 10-15 years (sometimes as much as 20).  This gives you a chance to enjoy a strong, long-lasting bond with your chinchilla, which makes them the perfect pet for a committed parent who wants companionship for many years!

We’ve got chinchillas waiting for a new friend.  Meet them here