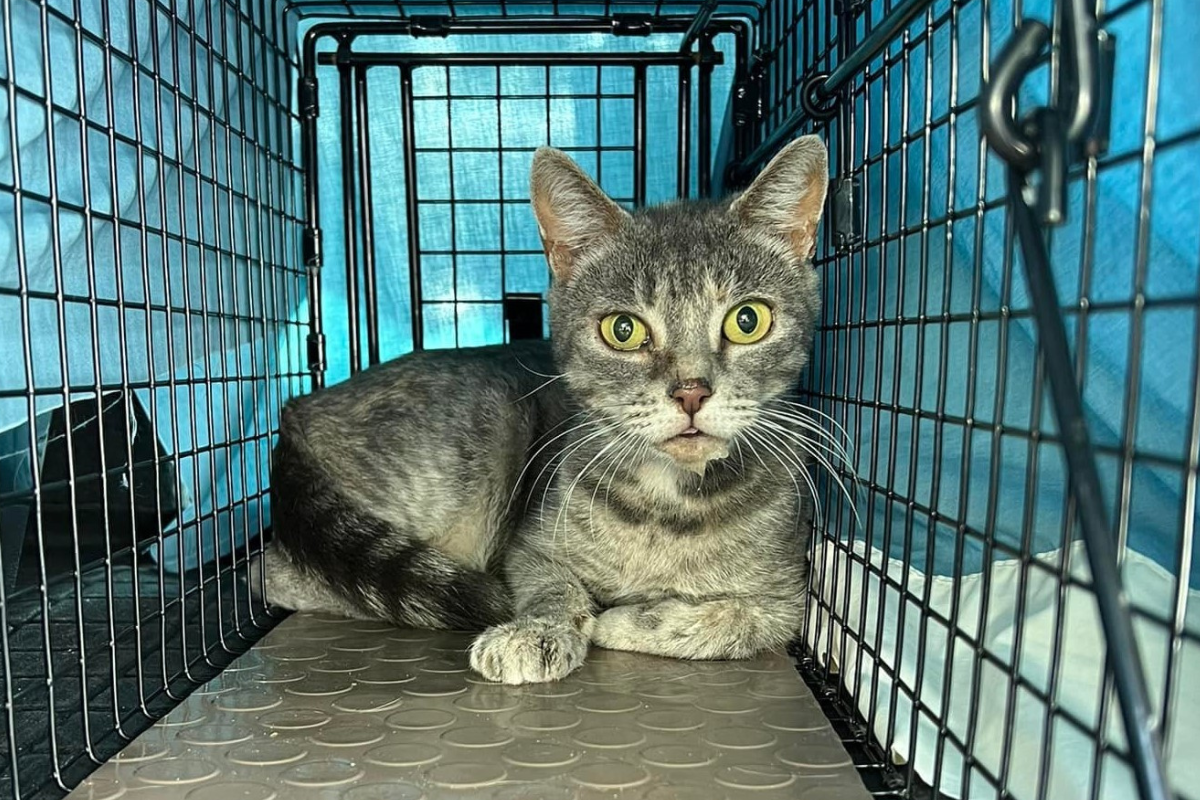 Joanie is a striking tabby cat with glowing gold eyes who didn’t live with a family, but chose an overgrown flower garden as her home to raise a newborn litter last summer.  Fortunately, a caring neighbor kept her well fed so she was able to nurse and care for her three little kittens.

The Kitten Street Team (KST) was tipped off about Joanie and made plans to visit her garden to plan a TNR (trap, neuter, return) mission. The KST helps feral cats by humanely trapping them, bringing them to Dakin for spay/neuter surgery and vaccinations, then returning adults to their outdoor colony sites, and sending sociable kittens to Dakin’s adoption floor so they can live as pets.

When the Team arrived at the flower garden, the kittens seemed barely two weeks old. The KST wisely decided to let them be, since the kittens needed their mom too much, and they returned several weeks later. The mama cat and her three male kittens were quickly and efficiently captured and brought to Dakin for spay/neuter surgery and vaccinations.

At that point, the KST realized this wasn’t the first litter of Joanie’s they had helped. Last January they had responded to a call about a litter of five kittens living inside a mostly-enclosed outdoor staircase. In bitter cold weather, and with a storm looming, the Team rescued the kittens, but their mama dashed away and couldn’t be caught. That was Joanie!

Nearly 75% of kittens born to feral mothers don’t survive their first year. They become victims to the weather extremities, predators, or the overall dangers of outdoor living, including being struck by cars, so it’s important to trap female ferals and spay them in order to end the cycle of kitten suffering. Would you or someone you know be interested in becoming a member of this significant group and making a difference for animals who need help?