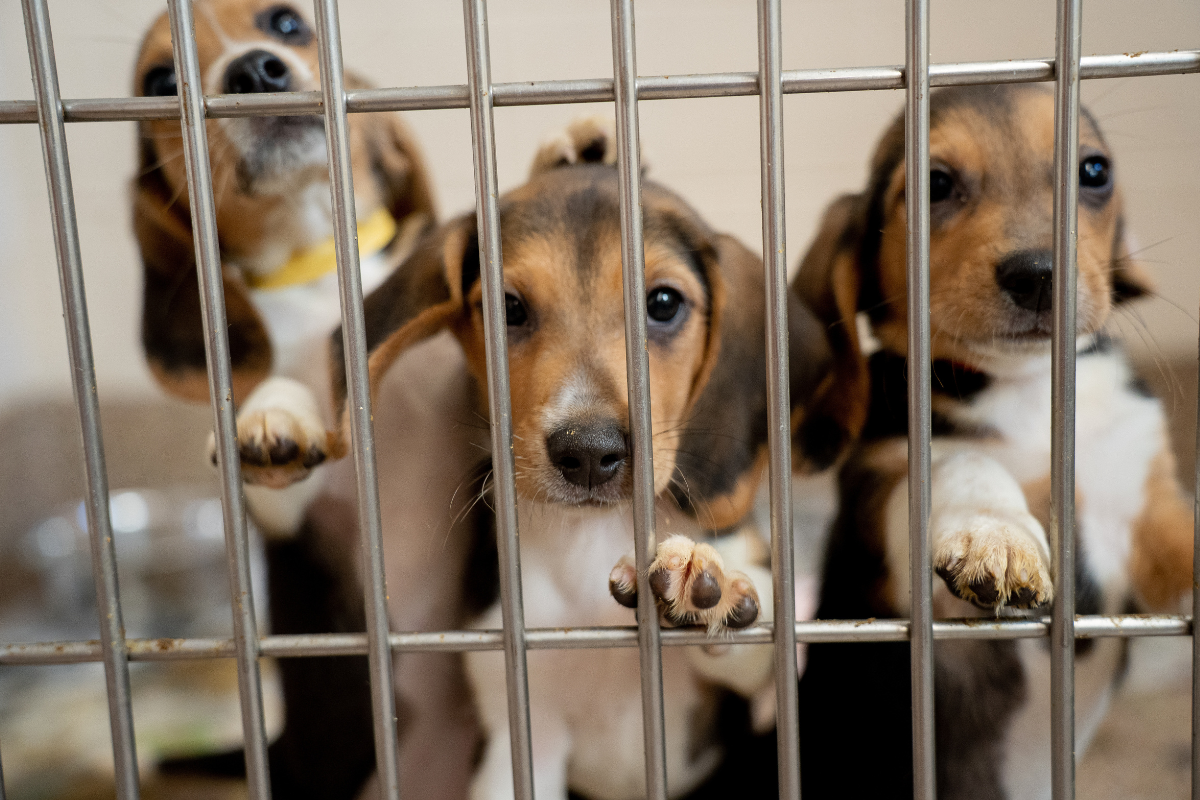 Last month, the Humane Society of the United States (HSUS) began the process of removing approximately 4,000 beagles from the Envigo facility in Virginia, where the dogs were bred to be sold to laboratories for animal testing.  The removal process followed numerous violations during federal inspections as well as a lawsuit from the Department of Justice that alleged violations of The Animal Welfare Act.

Rehoming that many dogs was an ambitious plan, and the HSUS reached out to several shelters across the country for help.  Dakin was among the first 10 groups to extend a hand. On July 23 the Dakin van made its way out to the Northeast Animal Shelter (NEAS) in Salem where staff collected 20 puppies, part of a beagle transport that made its way to Massachusetts.

Originally, we had gotten word that Dakin would receive up to 10 dogs and that they’d likely be adults.  At that time, we set up an online signup sheet for interested adopters.  In little time, more than 300 people had left their names, and the link was switched off.  About 24 hours before the transport arrived, we were told there would be a change. Now the question was…who wants a puppy? 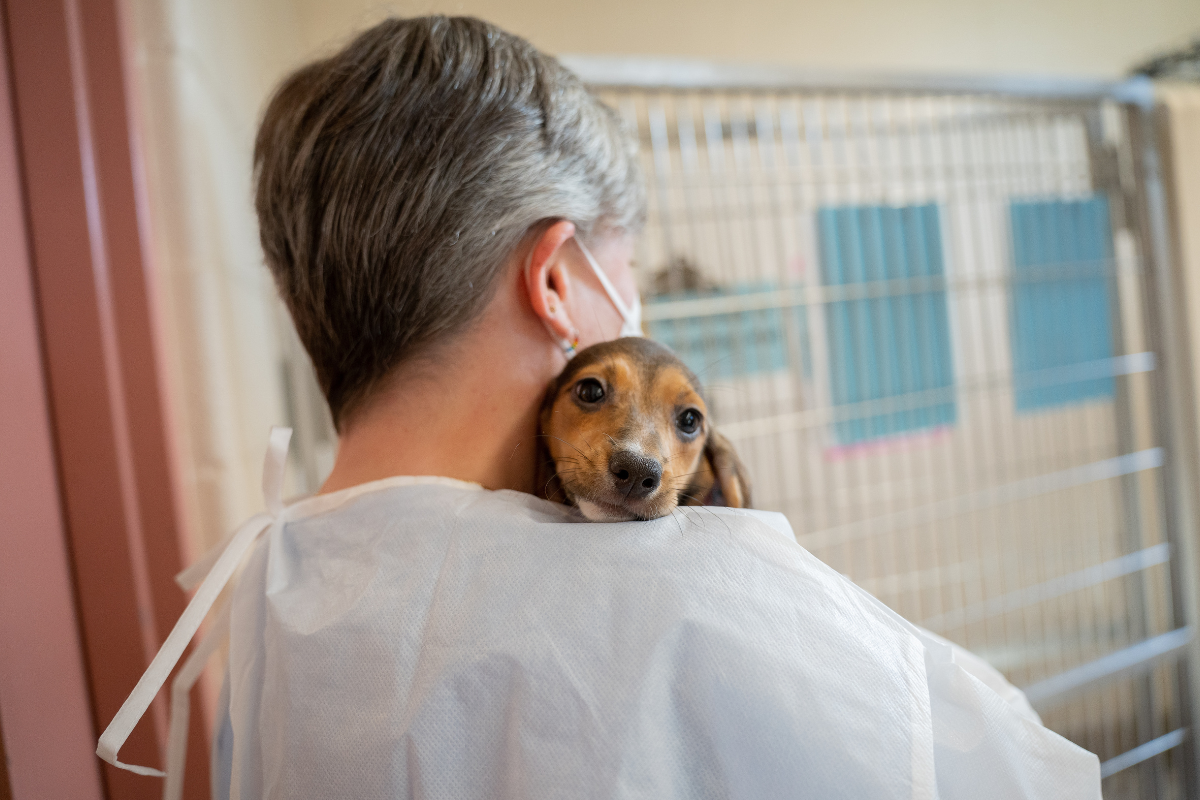 The answer was just about everyone!  The staff worked hard to find ideal homes for the puppies while the new arrivals were spending their time in quarantine, originally for the state-mandated 48 hours, then for the amount of time it took to quell an outbreak of giardia, a highly-contagious but treatable parasite that results in severe diarrhea in dogs.  Despite their setbacks, the puppies remained bouncy, exuberant and in very high spirits as volunteers and staff saw.

Most of the puppies, once recovered from giardia, started heading into their new homes with a couple of exceptions.  One pup was found to have a heart murmur and is in foster care.  Another named Gidget arrived from Virginia with a blind and very swollen, painful eye, due to either traumatic injury or glaucoma.  After a consultation with a veterinary ophthalmologist, the eye was surgically removed.  Gidget recovered well and was adopted by a woman experienced with visually-impaired pets; she had just lost her blind dog this past spring.

Meanwhile, the HSUS is working hard to complete the evacuation of all remaining dogs.