There’s an old saying that when we rescue an animal, part of them rescues us.  It seemed like Kali knew this even before we met her.

The number of people Kali touched during the 93 days of her journey to a new home spoke to her spirit and determination to succeed.  She first arrived to Dakin as a bouncing eight-month-old pit bull that never met a human she didn’t love.  It wasn’t until her spay surgery that it was apparent she had a medical condition.  The veterinarian noticed a significant murmur in Kali’s heart that prompted an appointment with a veterinary cardiologist.  Kali’s cardiac issue would affect her at some point, but for now she was loving life, play, and people.  One person in particular became Kali’s special human during her time of transition.  Ann, one of Dakin’s most experienced and dedicated foster caregivers took Kali into her home and under her care.

What transpired next was a special friendship. “She was the sweetest spirit, winsome, happy little girl who had the intelligence of an older dog,” Ann said. “I would talk to her and then she would do what I told her. There was something inside her that knew what I was saying. Darn impressive. There was just a good fit between Kali and me.”

We asked Ann what motivates her to do the difficult foster work she does.  Why Dakin?  She responded, ““Dakin gives animals a chance, even if they need a bit of retraining, medical attention or other care. The more help that an individual animal needs, the more they get. And Dakin has adjusted, more than most people know, to the changing needs of the animals we deal with. Their willingness to bend rules, create new programs, ask more of volunteers...whatever it takes to see that the needs of an animal are met.”

Although she left for foster care soon after the discovery of her condition, Kali left a remarkable impact on those who had cared for her here at Dakin.  The veterinary teams, animal caregivers, adoption counselors, and a host of volunteers rooted for her every day.  Kali made appearances on television shows including “Mass Appeal” and WWLP 22News’s “Pet Corner.”  She continued to charm everyone she met and warmed hearts across the Pioneer Valley, but continued to wait for her new home.  Finally, Kali met Kyleigh and Krusha, her new humans.  As staff and volunteers bid farewell to this special girl, we knew she was leaving for a lifetime of happy memories in her new home.

Ann walked out the door with Kali and her family as they left our Springfield Adoption Center and walked over to her car, which had Kali’s toys, bedding and other favorite things.  She brought the items to Kyleigh and Krusha’s car as Kali jumped into the back seat.  As the car pulled away, something amazing happened.

“In all my years of fostering dogs for Dakin, when that moment came to hand the dog over to their new people, they walked away without looking back,” recalled Ann.  “But there was Kali’s face, in the back window of the car as it was driving away, giving me one last goodbye.”

Animals like Kali leave people forever-changed.  It took many hands to get her home, but her love of people never wavered. That last tender look Kali gave to Ann clearly conveyed the bond they shared, and Kali’s gratitude for having received such loving care. 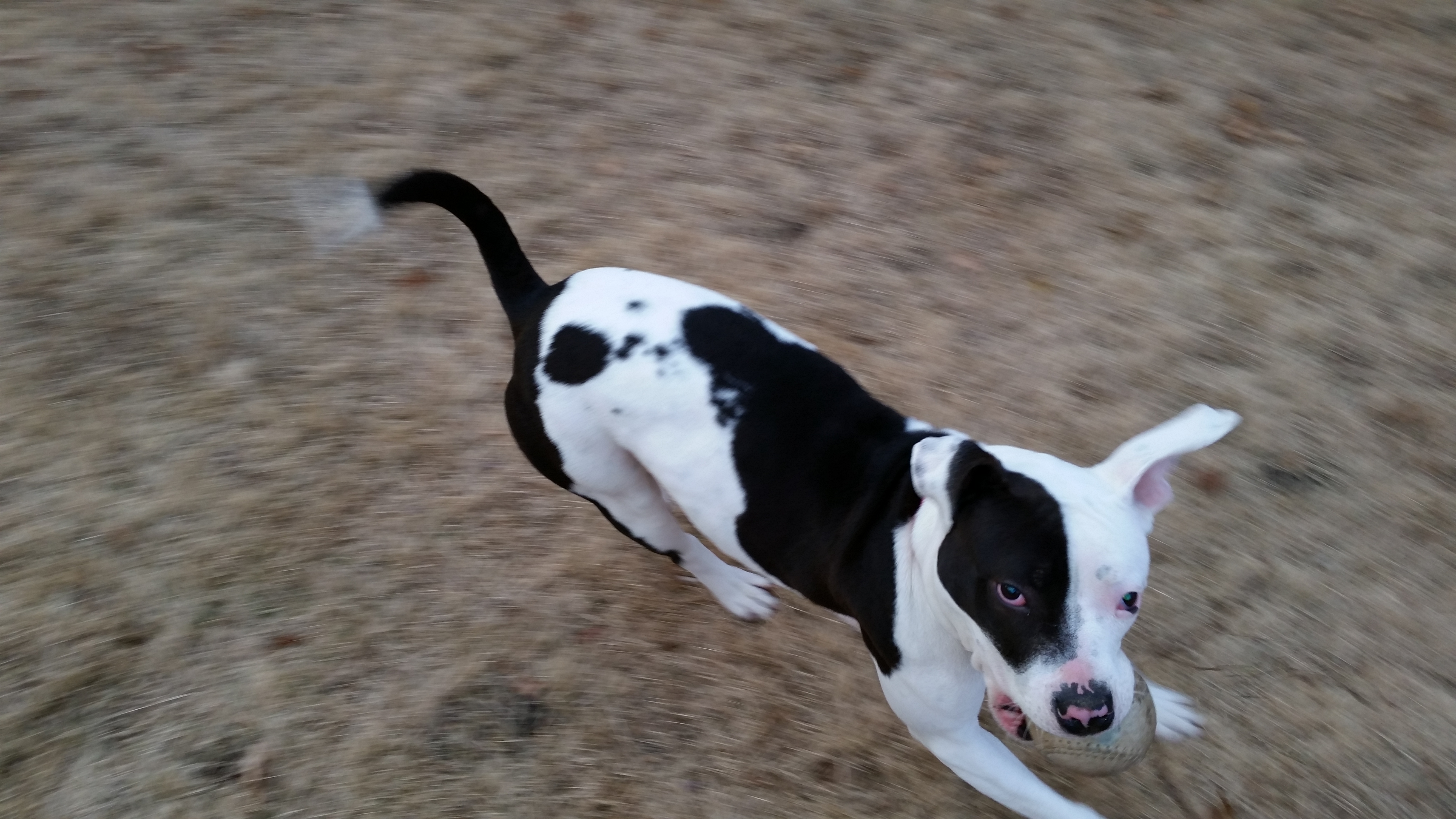 Kali at play in Ann's backyard 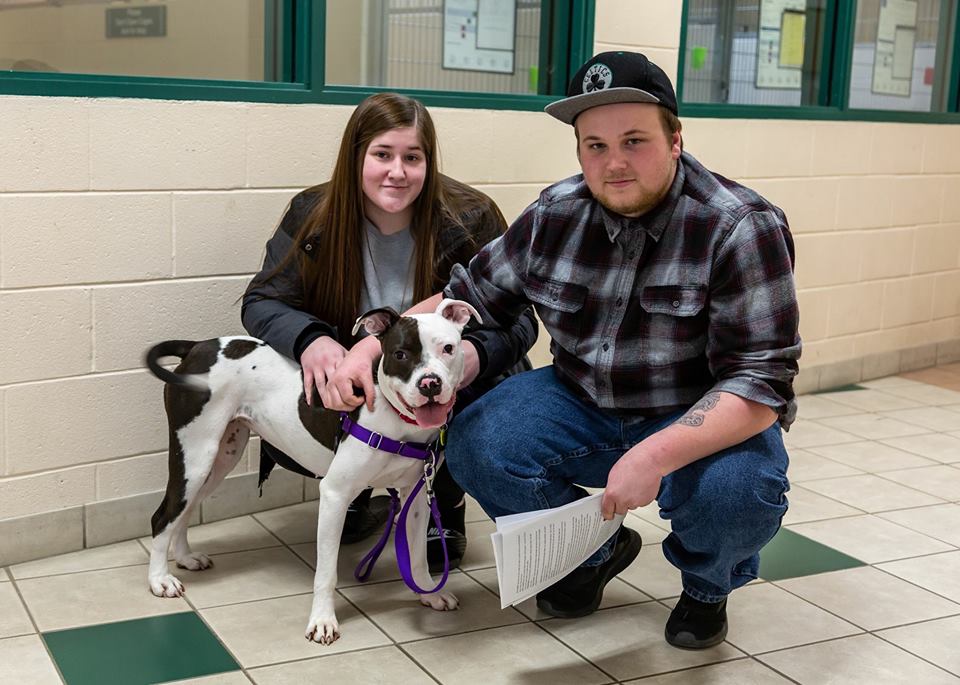