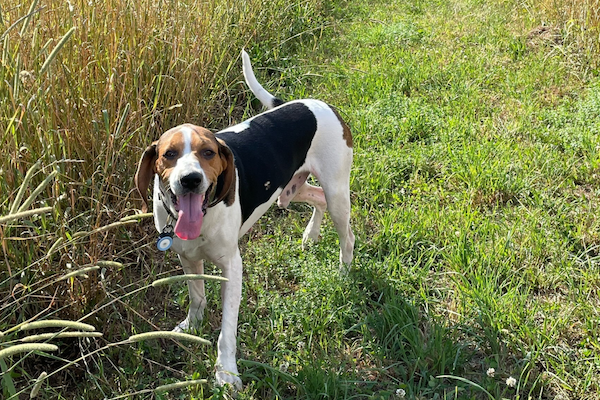 What a difference six months can make in anyone’s life.  Especially Oliver’s.

Last February, Oliver arrived at Dakin. The three-year-old coonhound had been transported from Vermont where he and 20 other dogs were tied up outside in frigid winter weather with frozen water and scarce food.

Oliver was the most fearful of the four dogs Dakin took into our care.  He needed a lot of help with his socialization skills and in gaining confidence.  It took a dedicated behavior plan to just get him to venture outside for a brief walk, but Oliver persevered.  He learned that he was now surrounded by people who treated him gently and kindly (especially Volunteer Kasia who spent countless hours with him), and gave him the time and space to progress.

Oliver’s stay at Dakin was lengthy, but the day came when he was ready to go home.  And he hit the jackpot. 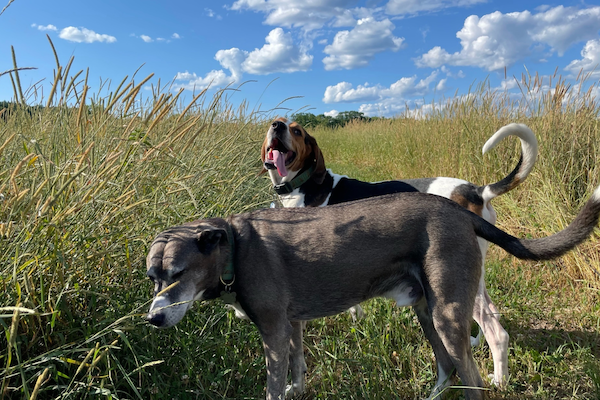 Franklin county residents Paula & Matt recently welcomed Oliver to their home, which sits on 150 acres and offers endless sniffing options for a dog whose nose works overtime.  Their resident dog Cody, a six-year-old mutt, graciously welcomed his new pal, and the two have been joyfully playing in the tall grass, crossing the stream, and tearing up the trails that abound on the property.

Paula first heard about Oliver’s arrival at Dakin last winter when she was watching the news. “I saw the story about Oliver and the other dogs.  I thought we can help one of them, plus, Cody would love a friend and we have all this land…”

Now, Paula feels that she and Matt are the lucky ones, as Oliver’s antics bring the laughs every day.  “After breakfast, he tramples over Cody to get outside first, then he strikes what we call the ‘L.L. Bean catalog hunting dog pose,’ nose upward, like a show dog,” she chuckled. 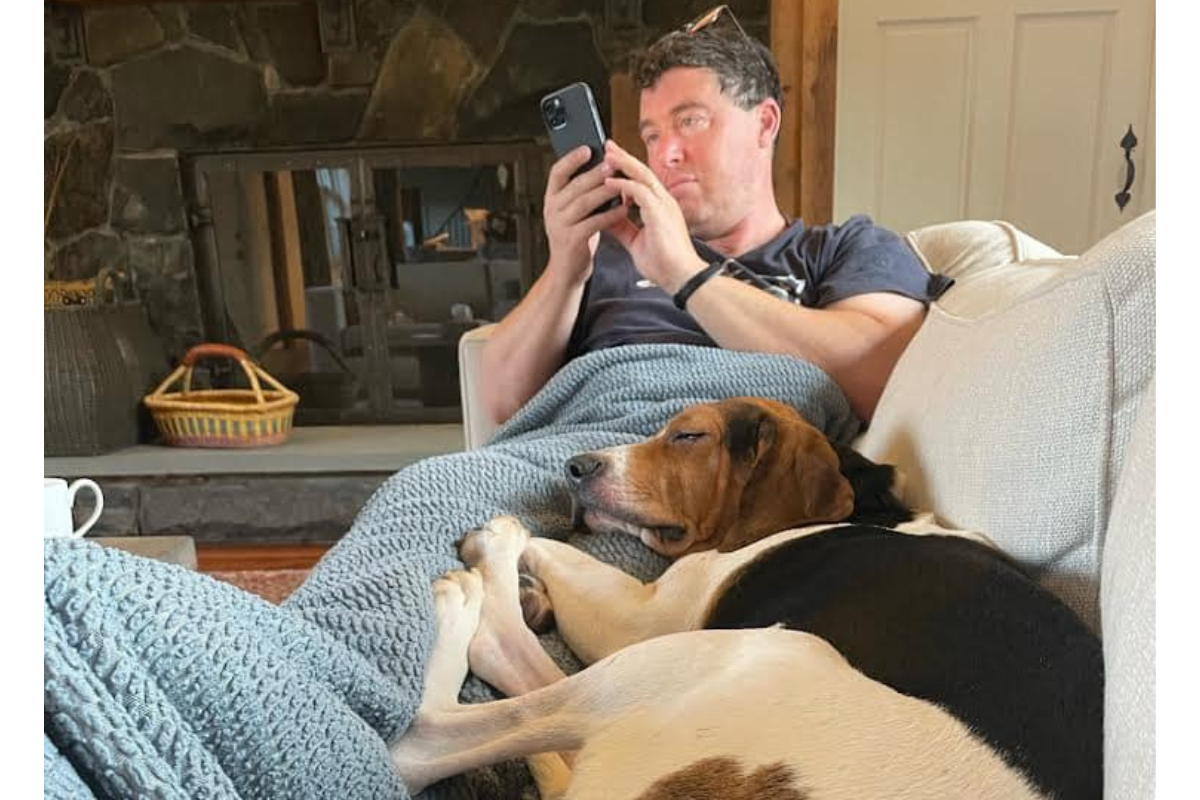 “I don’t know who’s happier, my husband or me,” gushed Paula.  “It’s been such a joy to have him in our family, especially knowing how much love he has to give and how bonded he is with people.”