Dakin Team Deployed to NOLA in Wake of Hurricane Ida 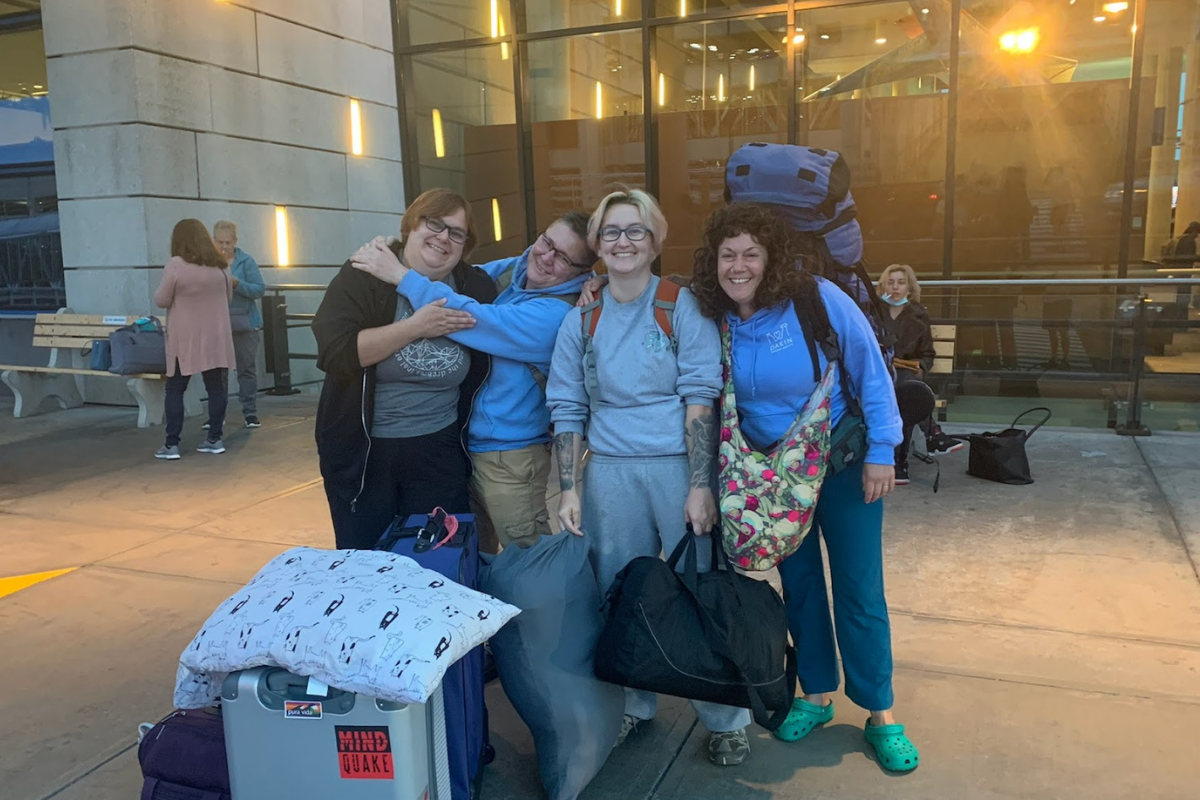 On August 29, Hurricane Ida made landfall in Louisiana as a destructive Category 4 storm. Ida’s impact to the southeast was a painful reminder of Hurricane Katrina, a deadly storm that made landfall on the same day, 16 years prior.

Ida was the second most damaging hurricane in Louisiana’s history, leaving millions without electricity and causing over $50 Billion in damage. As Ida continued north, catastrophic flooding was seen in New York and New Jersey before the storm moved back out to sea.

The Louisiana SPCA had been caring for hundreds of animals when Ida impacted New Orleans. Left with no electricity and very limited access to supplies and resources, the staff worked tirelessly to care for all animals, as more poured into the shelter.

Dakin deployed a team of four to New Orleans to assist with deep cleaning, animal care, veterinary services, and animal intakes. The team would work with the staff of the Louisiana SPCA for a week to prepare the shelter to reopen and return to as-close-to-normal operations as possible. Although the shelter was closed, animals continued to arrive, day and night. 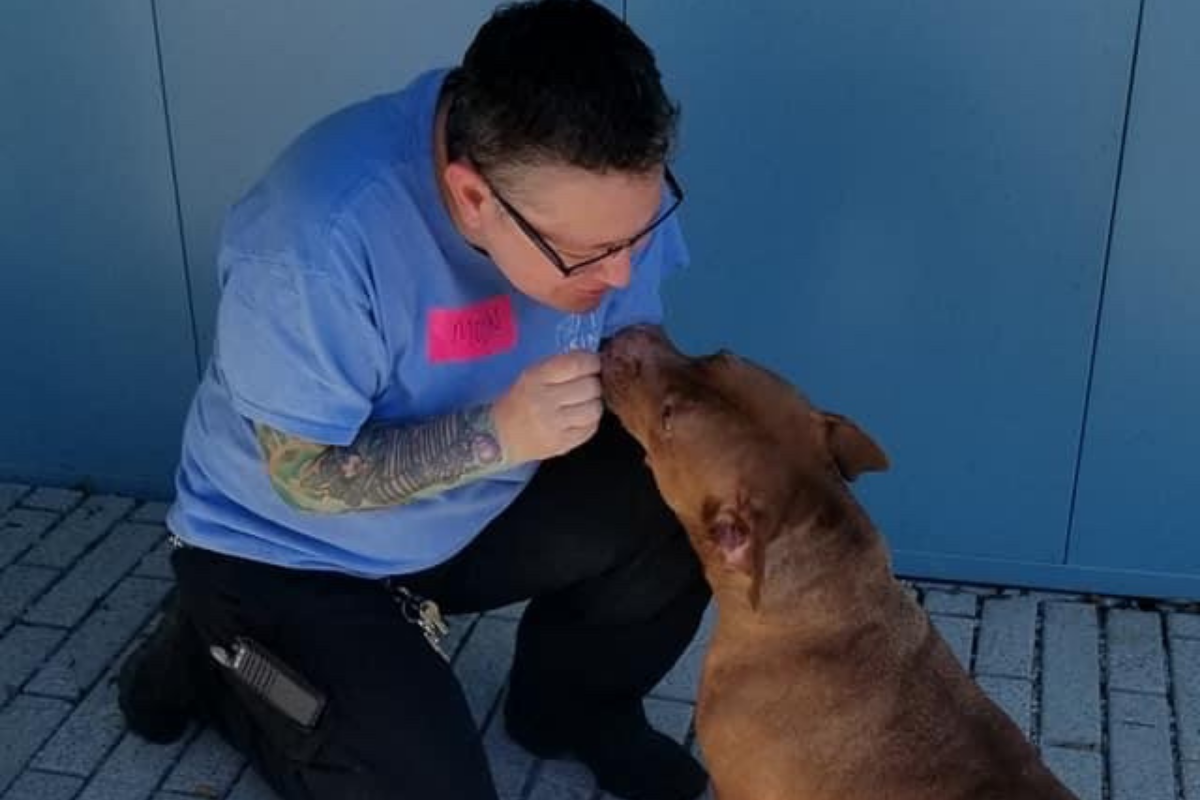 “The reality here is so harsh”, said Moon Wymore, Dakin’s Adoption Center Manager in an update post. “The shelter is closed to everyone except animal control and emergencies, but 22 animals came in today. Adoptions are closed and there are no animal transports on the horizon. There are hundreds of animals being cared for between the shelter and foster homes."

New complications came up at every turn during long, relentless shifts caring for animals. Dakin Animal Resource Counselor Amanda noticed one dog, Stormy, was in the beginning stages of a medical emergency. As it was reported to LA SPCA’s vet team, everyone shifted priorities and got the dog into emergency surgery to treat a pyometra, a uterine infection that quickly becomes life-threatening if left untreated. Amanda formed a special bond with Stormy, who showed her gratitude in the days that followed.

Esther brought expertise as a veterinary technician from Dakin to NOLA and assisted in medical exams as animals entered the shelter in high numbers. Ashley put her training and behavior experience to work while assisting with dog intake evaluations as well as assisting with animal care and sanitation. 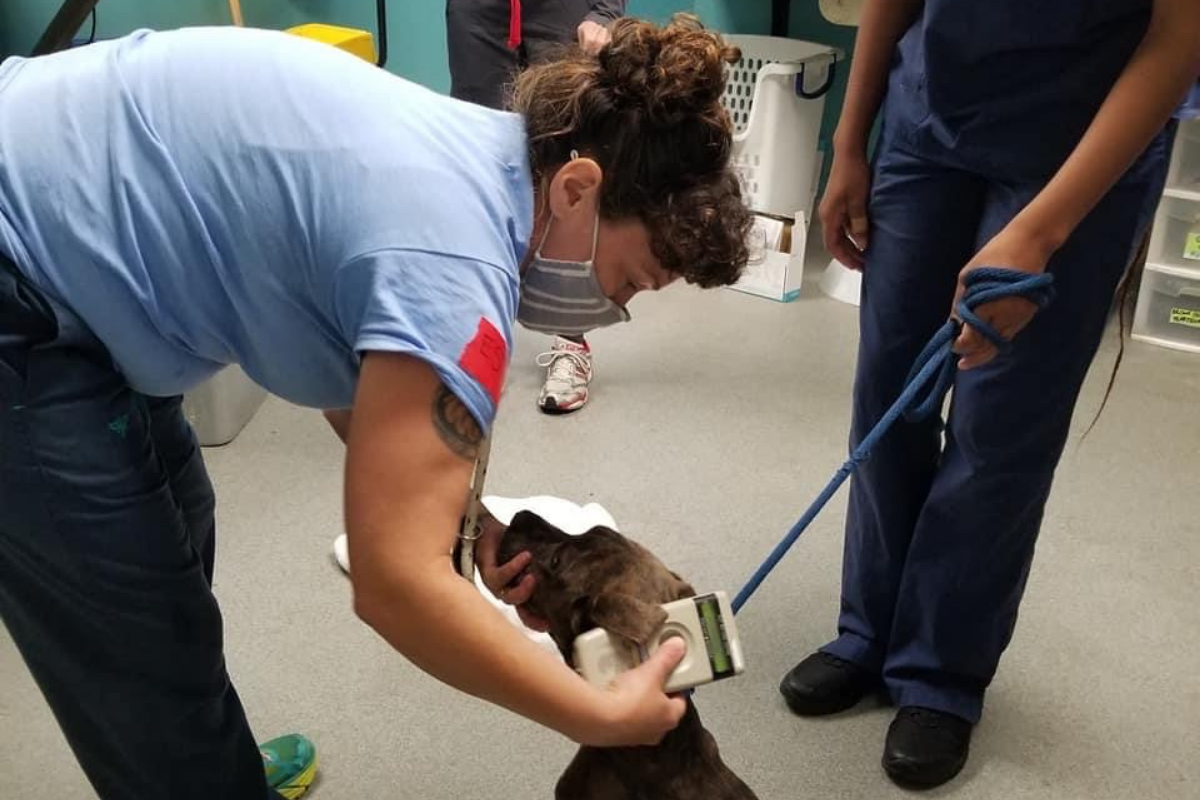 “This shelter is full of people with big hearts and extreme lack of resources”, Moon said, reflecting on her experience working alongside animal welfare professionals whose everyday reality is completely different from shelters in the northeast.

Dakin’s team spent the week helping to transition the shelter from emergency mode to reopening. This work included an enormous amount of animal care, deep cleaning, and organizing storage space in preparation for a critically needed food delivery. Moon added, “There are shipments of food coming, but as of last night they were down to a few pallets of food for shelter animals and counting how many days until they ran out. The Bissell Foundation and Hills are both arranging food deliveries in the next couple days. We ran out of cat carriers so we just got a 100 delivered today.”

The teams worked into the night, often only taking naps in between tasks, including a 3:30 a.m. truck loading of animals being transported to a shelter in South Dakota. During one late night, the electricity was restored, a massive relief to everyone who had been doing their very best with the limited capabilities of the shelter’s generator. 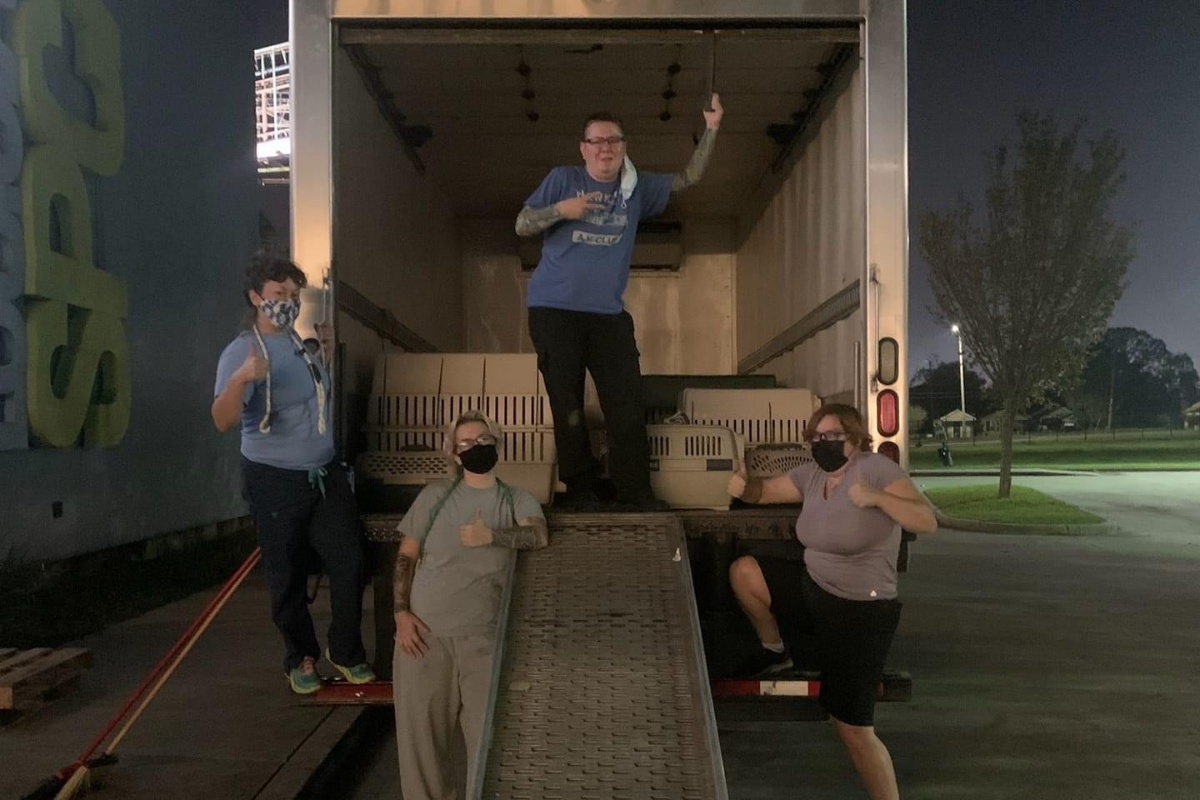 This deployment was a difficult experience in challenging physical and emotional conditions. Dakin staff members have been deployed in the past in response to natural disasters including Hurricanes Katrina and Maria, as well as dispatched to partner shelters in the northeast to help care for large numbers of animals involved in legal cases and hoarding situations.

“Going home is bittersweet”, Moon said. “The LA SPCA remains closed, but animals continued to enter the shelter. As I said goodbye to all our new friends, I saw the first dogs going back into holding crates due to lack of space in the shelter. I was too sad to take a final look before we left. This city and especially the surrounding areas have so much work to do. It was emotional to leave them.”

The work of animal shelters is so different depending on where they’re located, but the passion, love, and dedication to helping animals in need are always the same.