It’s a tall order to adopt one pet with special needs, never mind four, but that’s exactly what Kelly Pigeon did recently when she brought home Saunter, Mosey, Galavant and (a few weeks later) Stroll.  The tuxedo cats’ person passed away earlier this summer, leaving them no access to litter boxes or food.  They weren’t found for a few days when an animal control officer intervened and brought them to Dakin.  The cats received substantial medical care but were found to be visually impaired, some more than the others.

Kelly, who had recently lost her husband unexpectedly, noticed the cats’ photos on Dakin’s website and was moved by their story.  Even though she shared her home with her son, a cocker spaniel, and two resident cats, she felt compelled to add Saunter, Mosey and Galavant.  “When I saw them online, I thought, that’s exactly what I was looking for,” Kelly remembered.  “They have special needs, and people shy away from pets like this.”

Nearly a month later, when Stroll became available for adoption, she also joined the bunch.  According to Kelly, “I decided that she belonged with these three.”  Kelly appreciated the transparency Dakin gave her in describing each cat’s degree of blindness.  “The honesty of that was so helpful,” she stated, “but I don’t think they could have said anything to persuade me to do otherwise.”

Your support of Dakin enabled these sweet-natured kitties to recover and begin their journey to adoption, where they met their hero, Kelly.  Now all four are thriving in her care and are exploring their new home at their own respective paces.  They’re learning to navigate not only the hallways, staircases and doorways, but their places in a bustling and loving household. 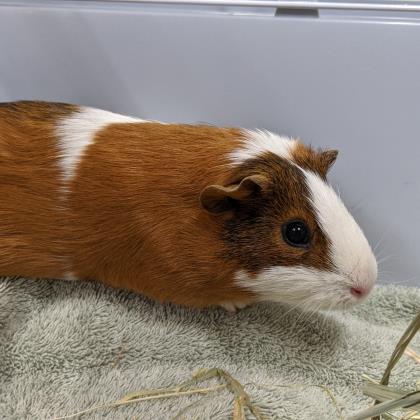