Beanie: Winter Survivor - What Happened Next 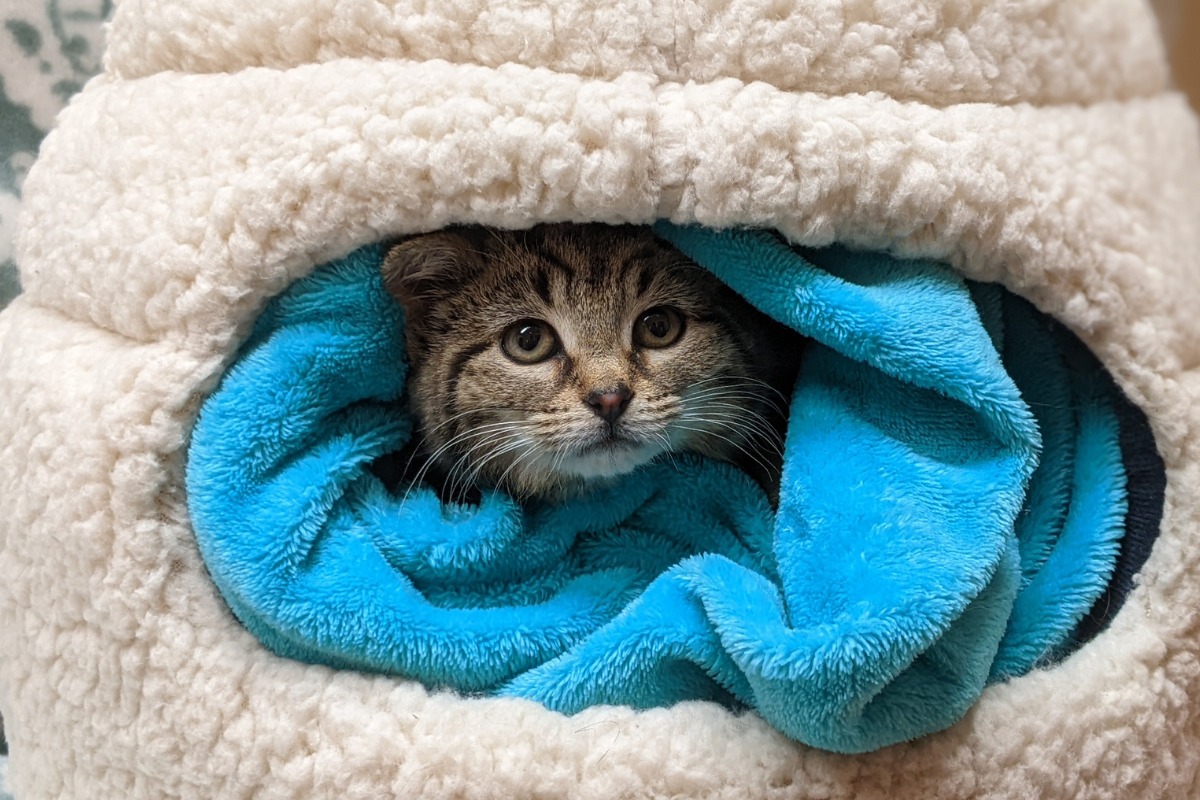 (In Part 1 of this story, we talked to Kitten Street Team (KST) Volunteer Anna about a dramatic rescue in January during frigid temperatures.  Four kittens were living in the underside of an outdoor staircase.  After three days, Anna trapped a female named Beanie, and brought her home to care for her.  In Part 2, we follow Beanie’s journey as she leaves behind her perilous life as a feral kitten and learns about human interaction, and how to give and receive love.)

Coming in from the cold

Anna took Beanie into her bathroom when they arrived home, and wrapped her in a blanket.  She began petting her slowly, on her head, chin and back, then let go of the blanket.  “Beanie snuggled close to me and began to purr, and my heart melted,” Anna stated.  I was trying to show her that the human hand is kind and good things come from those hands.

“I had a kitty bed for her to sleep in, but the next morning I found her on the blanket on the floor and she was pressed against the heater,” recalled Anna.  “Imagine that…less than 24 hours prior she was in frigid temperatures, and the next day she’s sleeping on soft blankets; warm, fed, and safe.” She was also probably wondering where her siblings were since she had spent most of her life with them.

The following day Anna’s persistence paid off when Beanie’s sister Parka was rescued, but there were more kittens still hiding.  Anna’s efforts were complicated by the condition of the staircase, so she reached out to fellow KST volunteer Alesha for help. After a couple of days with no luck, things changed for the dedicated KST volunteers.

“I went back to the site on the seventh day, feeling less hopeful, with only an hour of daylight left,” Anna noted, but soon the two remaining kittens followed the food scent and were inside the trap!  Named Sorel and Merrel, the pair were joyfully reunited with Beanie and Parka at Dakin, then entered foster care to grow stronger and healthier.

During her recovery, Beanie wore a pink beanie to keep her warm.  Her fighting spirit has inspired us all to stand ready to assist the many animals like her who need help. It is for this reason, and in Beanie’s honor, that people taking part in this year’s “Will Run for Cookies” 5k run/2k walk who raise $100 or more will receive a blue beanie as a thank you for their efforts and dedication to give vulnerable animals like Beanie better tomorrows.

Happily, Beanie went to her new home not long ago.  Kudos to Anna and Alesha from the KST for their devotion to helping Beanie and her littermates! 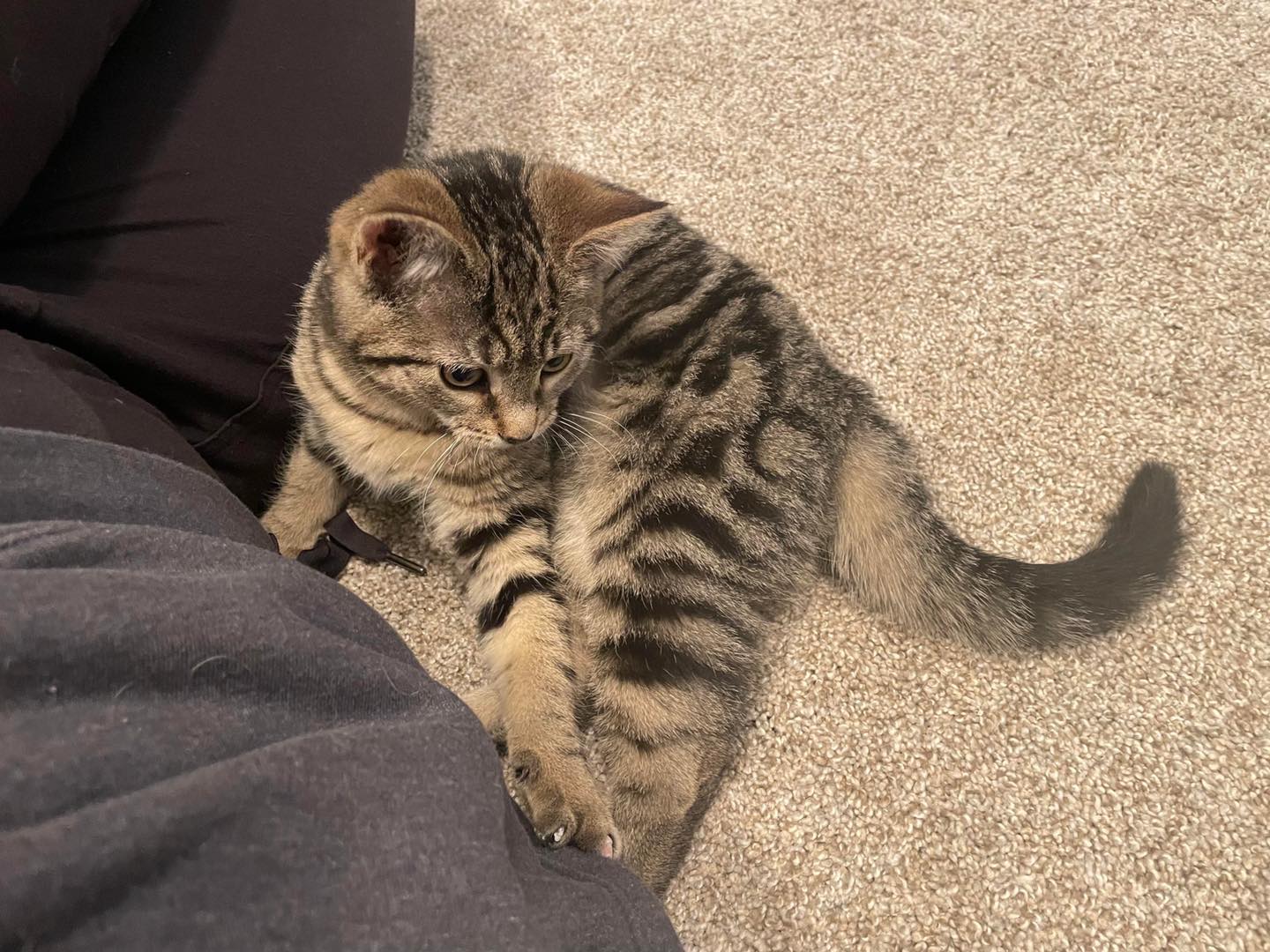 Beanie, photographed in her new home!