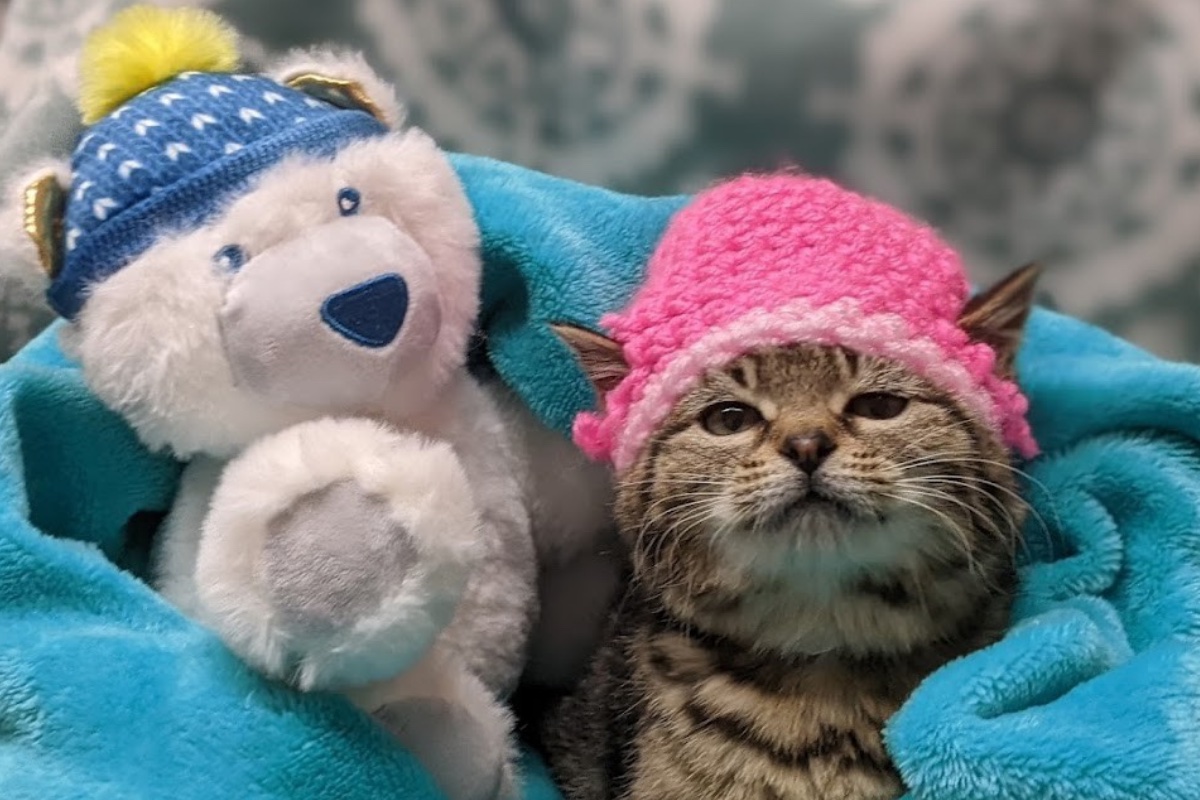 It was a frigid January day when Dakin’s all-volunteer Kitten Street Team got a call about a group of kittens that were living in the (mostly) enclosed underside of an outdoor staircase.  KST member Anna went to the site that day.

“The top of the under-siding was torn and wide open, but you couldn’t see in. At the foot of the stairwell, there was an opening just wide enough for cats to go in,” she recalled.  The homeowner gave permission to try to get the kittens out of the staircase, but not to tear it apart to do so.

One kitten in particular stood out. “She was very curious and it was obvious she was the leader of the pack,” Anna said. “She was the first kitten I saw when I arrived at the site. She was so funny, poking her head out of the stairwell and watching me set the trap and place the food. She was always in front when the kittens emerged, and she was super smart. She knew to wait until I was out of sight to roam the yard, but if she saw, heard, or smelled me, back into the stairwell she went. She smelled of skunk. There were no signs that she had been sprayed, but boy, did she smell of it.”

There was a mom cat who turned up occasionally, according to Anna. She saw the kittens rubbing themselves on her and getting some grooming from her, followed by a swat to one of them. But the kittens were living on their own in that staircase, and temperatures were expected to drop even lower.

The first two days of trapping were unsuccessful. On the third day, the leader of the pack was captured. Anna named her Beanie. “She was frantic in the trap,” Anna said. “She tried with all her tiny might to escape. Once she was transferred into a regular box trap, she was very timid, cowering as far back in the trap as she could.  It was so sad seeing fear in her eyes and not understanding that her life was about to change for the good.” 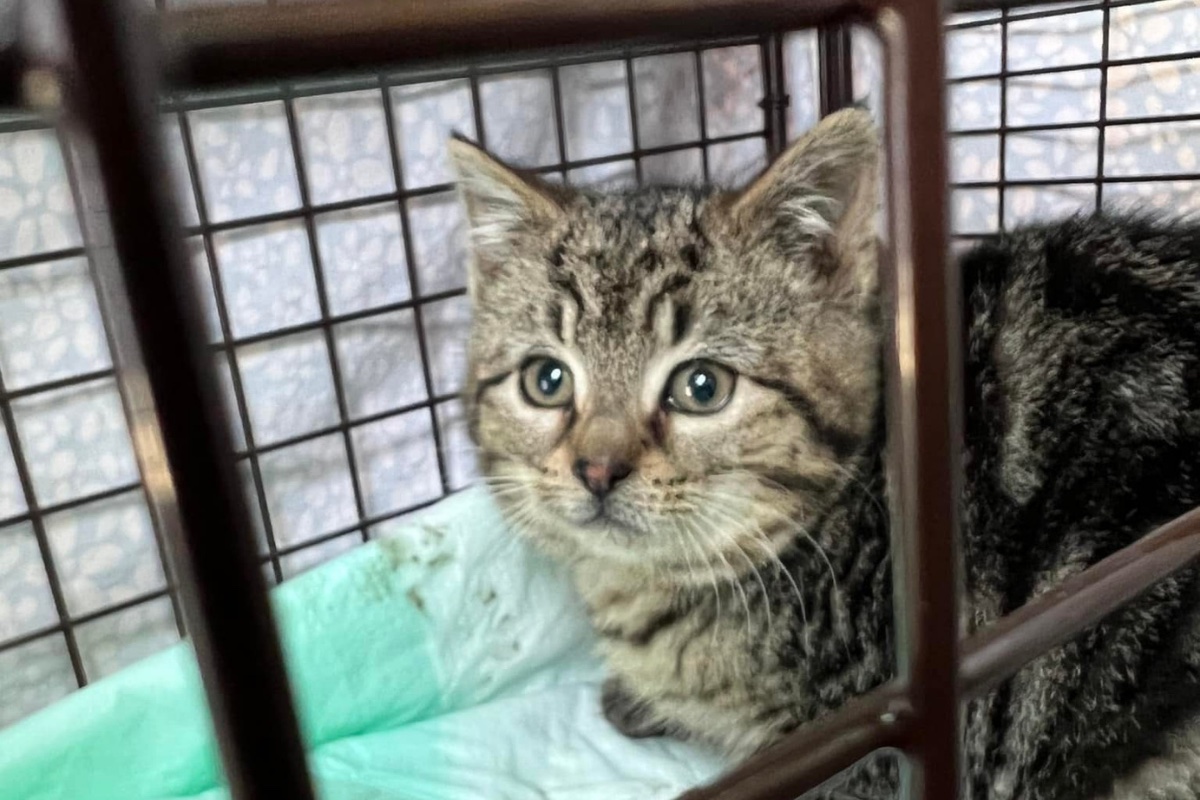 Subscribe to our monthly eNewsletter, What’s Shakin’ at Dakin to find out what happens next with Beanie and her siblings!