A Legacy of Love

When Robert Eickhoff left Belchertown State School for the last time, he smuggled his cat out to his new group home in a pillowcase. Bob had lived at the State School from the age of 6 until 22 when he moved into one of the first residential group homes in Northampton—with his cat.

Bob worked in food service for 20 years at Cooley Dickinson Hospital where he wore his signature chef’s pants. He later worked in other food service jobs and maintained a can and bottle route. He became well recognized around Northampton.

When Bob passed away this past Sept. 20 at the age of 72, several of his colleagues from Cooley Dickinson Hospital’s Transportation Department donated cartons of cat food to Dakin Humane Society in memory of their feline-loving friend.

“For Bob’s birthday we would take him to lunch and give him cat food as a gift because his cats were the most important part of his life,” recalls Renee Monson. Her coworker Theresa  Moczulewski agreed, “Bob would often take care of his cats before his own needs.”

Transportation manager Jennifer Jalbert added “Bob Eickhoff held the cats that he rescued in high regard. They were his family and he loved them dearly. Bob had a tough life and when he worked in the Dietary Department at CDH, we all accepted him as part of our ‘family.’ He was truly a special human being who, with the little he had, made sure his cats lived the good life.”

The staff’s generosity in Bob’s memory is carrying on that legacy to assure that other shelter cats can enjoy that “good life.”

Thanks to Marianne Gambaro for contributing this story.  Marianne is a published poet and manages her husband Jim's fine art photography business. Learn more about her at margampoetry.wordpress.com

Springfield: Monday - Sunday by appointment only 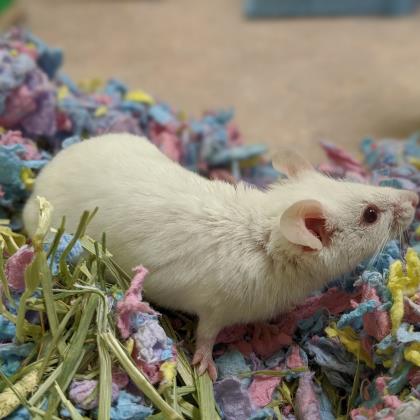