Those who were there remember it well. It was an unremarkable June day when the unthinkable happened. With little warning, a strong storm produced a large and powerful tornado that carved a 39-mile path from West Springfield to southwestern Charlton. Its footprint was so significant, it could be seen from space. As the tornado crossed the Connecticut River and barreled into downtown Springfield, wind speeds were measured up to 160 mph. Dakin’s Animal Resource Center was left in the wake of downed trees, ravaged buildings, and a shower of broken glass.

After assessing facility damage and the safety of humans and animals present, managers swiftly developed an emergency protocol for the possibility of displaced pets. Stepping outside to a reality of homes without roofs and personal belongings scattered in the streets was a painful reminder of the terrified family pets running loose or trapped under debris.

Temporary kennels filled quickly with pets both found outside and brought in by families with severe home damage. Injuries were treated by our veterinary department as animal care teams worked to provide a clean environment, nutrition, and ease the stress of the animals.

As the dust settled in the weeks following, the scene changed from that of destruction and tragedy to reunions filled with relief, joy, and the promise of a new beginning. Families streamed through Dakin’s lobby to reunite with their beloved pets, ready to bring them back to the safety of home. 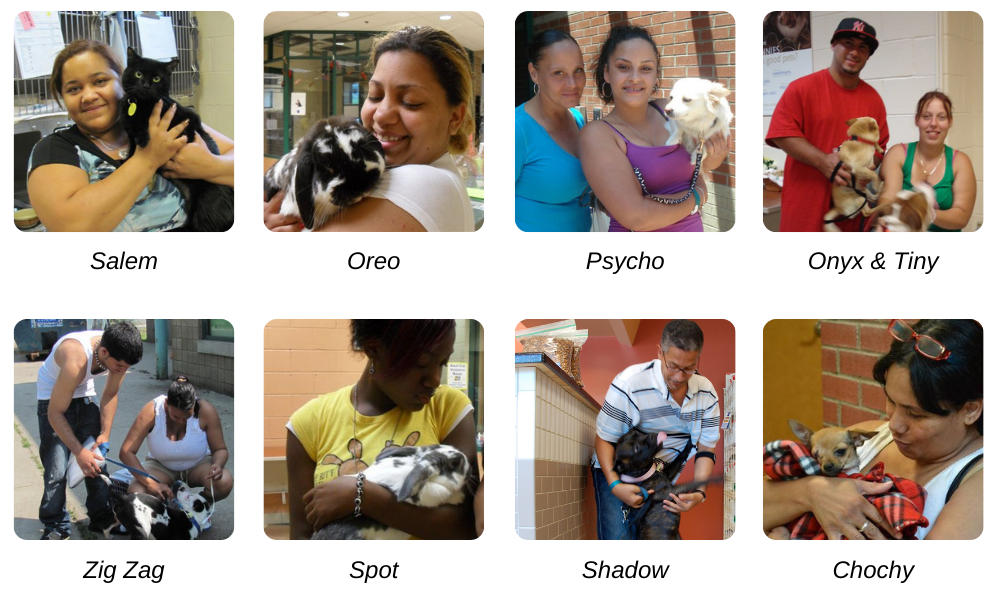 The tornado left a lasting mark on Springfield and every town it touched. The overall cost from the storm’s destruction exceeded $140 Million. Springfield and the surrounding communities put on an inspiring display of togetherness, compassion, and support in a time of such great need.